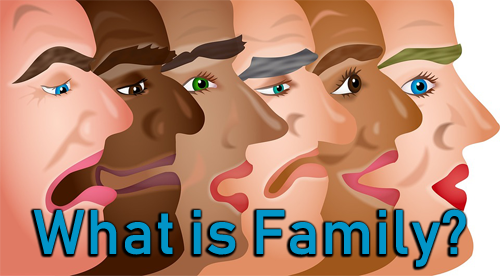 This article was inspired by a recent Facebook post about a woman whose mother and sister have been treating her as if she was a liar and a bad person since she was 7 years old. Since I have no way of verifying ANY of the claims in the post, I’m going to respond as if everything is true as presented. The poster is the woman’s coach.

The woman is now a grown adult (age unknown), but the whole of her immediate family sees her as a black sheep and a liar. They do not allow her to celebrate birthdays, holidays, etc., and generally treat her as a pariah. The sister has gone so far as to deny the woman family, friends, job, money, relationship, etc. All, apparently, due to no fault of the client.

At the end of the post, we are told that the client wants to know how to get the truth exposed so she can get her family back.

The post has received many more comments than most, and they tend to be from two camps:

I was on the verge of jumping into the conversation with the following comments, but decided not to. Something tells me that either the story is pretty biased in its presentation, or is a complete fabrication. I’m leaning toward the former – the woman who posted it says that the same thing happened to her, and because of that, she’s having difficulty responding to her client’s claims, and that’s why she’s asking for input. Either way, I don’t think my comments would be heard there, so I’ll just share with you!

What I’m finding interesting is that many of the people offering advice seem to be assuming that this woman had a family to start with, and that’s what I’d like to address here.

Some truths about this situation, as I see it:

She cannot “get back” what she never had in the first place. Cinderella was at least cognizant of that. What she yearns for is an environment where the people within it are supportive, caring, loving and understanding. THAT is family.

There is a difference between relatives (as per the description above) and family. Lots of people have amazing families that don’t include ANY relatives. The reverse is true, as well, of course. Unfortunately, this distinction is lost on far too many people, who then irrationally cling to their unexamined fantasy of family.

A collection of people who share the same last name does not constitute a family. If they are spiteful, mean-spirited and untrustworthy, they are not family – to anyone!

Gang members often talk about their fellow members as family. Distasteful and dysfunctional as many of their actions may be, they DO make a better family than many. They care for and support each other, passionately.

Families can be dynamic, as well. Athletes form bonds that last far beyond team trades and even careers. It’s common for actors to feel as if they are part of a family while making a film or TV show, even though they are guaranteed to end. Soldiers – particularly those who see battle together – share a connection that goes beyond name, rank, serial number, race, religion and anything else, regardless of whether they ever see each other again.

A family contains people who you love. People whose advice you respect. Whose presence you welcome, and whose absence you mourn. All of which they earn through their actions toward YOU.

Family is people who have YOUR best interest at heart when they speak. People who understand that they may not agree with your choices, but honor them, anyway, and are willing to help you pick up the pieces when you make mistakes.

Family members also hold you to high standards, and don’t put up with excuses for things that really have no excuse. They’re willing to call you on your bullshit, and expect you to do the same for them. They don’t help and encourage you to hide your guilt for something you’ve done, but understand that if you pay the price for it, you deserve a chance to regain trust and respect.

None of these concepts should come as a shock to anyone. I think most people would agree with me that how others treat you is a better indicator of their worthiness of inclusion in your family than whether or not their blood type is a match for your own. So why do we maintain such a death grip on this idea that BECAUSE your abusive, drunken, philandering father is the one who got your mother pregnant, he deserves love and respect, and somehow can’t be cut out of your life?

The fact that the original post engendered so much response is an indicator that this kind of scenario is still prevalent enough in today’s society to be a problem. I don’t have an answer as to how it will be fixed.

The situation described above is long-term bullying. Bullying is something that exists in the animal kingdom, and is inherent in pack animals, a classification humans belong to. It may have something to do with the establishment and maintenance of a pecking order.

In animals, the weakest member of the pack is very often treated with disregard, left to scavenge what it can from the kill after the rest have eaten, or picked on as entertainment. During lean times, when food is scarce, too many pack members can be a liability, so the weakest may be ostracized or killed.

Animals, humans included, exploit weakness in others for their own gain. Humans (almost exclusively) have the ability to move beyond spontaneous exploitation (e.g., killing an injured animal found by accident) into planning its intentional use in the future.

But, in my opinion, the real problem is not that people bully other people (relatives or not), but that those being bullied don’t know where to turn for help, and/or don’t believe they can be protected.

The client in our scenario could theoretically just walk out the door and into a better life, hard as it might be to begin. But her mental state may prevent her. If she believes she cannot hide; if she feels guilty about taking away something (financial contributions?) from her “family”; if she believes a younger sibling will then become the new target, she will rationalize her reasons for staying.

The closest thing to an answer for this issue that I can come up with is societal change. There are too many avenues to address in this format. I’m going to suggest just one:

A quick Internet search of the term “self-awareness” results in this: conscious knowledge of one’s own character, feelings, motives, and desires. How to achieve this? Introspection and questioning of one’s thoughts and emotions is an essential element.

But this requires the capacity to apply a different kind of thinking. In order to do THAT, you need to open yourself to different information sources than you’re accustomed to, and eliminate those that don’t serve you.

There are many possible ways to achieve better self-awareness. What I’ve suggested will change your life, because you’ll be beginning to take command of your personal environment. Your expectations of yourself, as well as others, will change, and whether you believe it now or not, those expectations will shape your reality.

As for the prospects of the “client” in this article, her beliefs about the future, and her expectations of how she will be treated, will shape her world far more than her desire to “have her family back.”